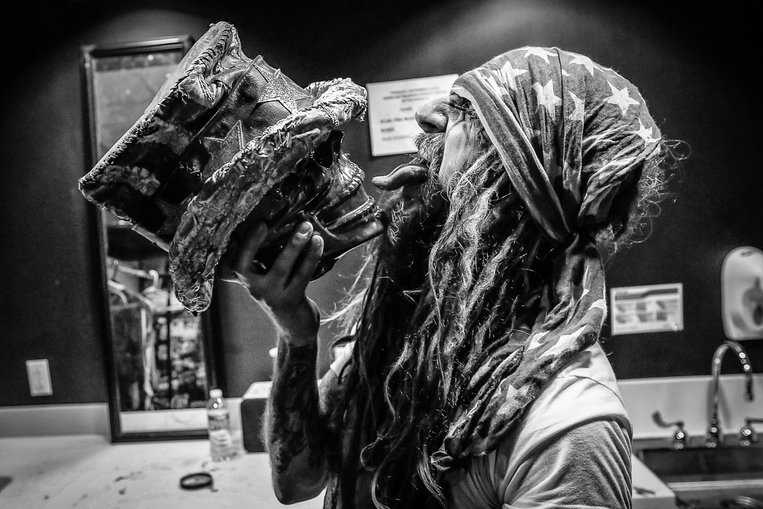 After months of teasing fans with video clips and mysterious messages, Rob Zombie unveils via Rolling Stone a ground-breaking crowdfunding campaign for his new film “31” at
RZ-31.com.

Rolling Stone notes that “the director is offering up a variety of high-quality rewards to people who want to support the movie, including autographed posters, a chance for Zombie to follow a winner on Twitter, a winner's name in the credits, a lifetime laminate to see Zombie on tour at any show and a gig as an extra in 31. Zombie will also offer selected props from his movies, including Halloween masks and giant crosses from House of 1000 Corpses.”

“I’m crowd funding because I realize that it’s an incredible opportunity to engage the fans. They’ve always been the most important thing for me because, with metal and horror, the fans aren’t just fans – it’s their life, their lifestyle. They live and breathe it, as I do, and any way that you can bring the people that are as passionate about it as you are into the process is a win-win for everybody,” says Zombie.

Offering up an incredible array of exclusive merchandise, one of a kind collectibles from past movies, original artwork and unprecedented access to both the “31” movie set and his concerts.

As a rock icon and filmmaker with a unique vision, Zombie has continuously challenged audiences as he stretches the boundaries of both music and film. Zombie has sold more than fifteen million albums worldwide, and is the only artist to experience unprecedented success in both music and film as the writer/director of six feature films with a worldwide gross totaling more than $150 million.

“Get on board! Get involved! Be part of this horrifying business! The world of horror needs you! “
Rob Zombie